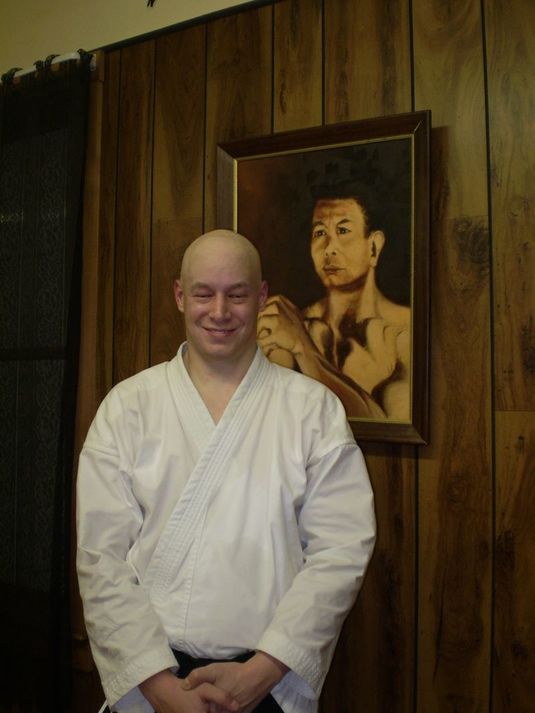 Russell Chase
7/16/1969 - 2/28/2016
Russ began his karate training at the Brockton Uechi-ryu Karate Academy on September 20, 2004. He received his first black belt on November 16, 2007. Russ became  full time instructor at BUKA in November 2010. He taught children and adults until October 2012. He left the BUKA to further his Uechi-ryu Karate Do in the birthplace of this style, Ginowan City, Okinawa where he tested for his Yondan (4th degree) rank in November 2014. Sadly Russ passed away due to complications from pneumonia on February 28, 2016. Russ made many friends during his training and teaching at the Brockton Uechi-ryu Karate Academy and in Okinawa. The Brockton Uechi-ryu Karate Academy Scholarship Fund was renamed to the Russell Chase Memorial Scholarship fund. Many of Russ' fellow students, students, friends, and family members contributed money to this fund to help disadvantaged and at risk children in the Brockton area attend our Academy
Fill out this form to have an application
for scholarship assistance sent to you.
Your child must meet one of the following 5 criteria
to be considered for acceptance...Please choose all that apply
To qualify for an application for Scholarship Assistance, you must answer all the questions.
Click Here for Free Trial Classes and Enrollment Form